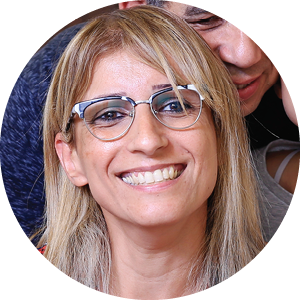 When I got to the Deaf  high school, one of the teachers introduced me to Roni, who was 17. Roni’s first question to me was, “Do you have problems seeing?” I answered in the affirmative.

Roni was happy to see that I was young, only 28. She was sure I’d be a lot older than her and that we wouldn’t connect. We started getting to know each other, and Roni told me about her school and her family.

She asked lots of questions about Usher Syndrome and I saw that she was really upset and needed information.

Just two months earlier, she’d found out that she had Usher Syndrome and she couldn’t believe that was happening to her.

She’d been tested because her cousin, who was pregnant, discovered that she was a carrier and suggested to Roni’s mother that she be tested as well.

I answered all of Roni’s questions. She said that since she’d discovered that she had Usher Syndrome, she couldn’t sleep at night.

She also told me that her boyfriend was starting to pull away from her since she’d accidentally told him that she’d be completely blind by the age of 20.

Roni was relieved to know that I had Usher Syndrome, too, and that she could finally share what she was feeling.

I told her that despite everything, my life went on: I’d volunteered in the army, studied for my Bachelor’s degree, gotten married, and had kids. She started to realize that she, too, could do whatever she wanted.

Roni was a good student, and I know she was highly motivated to succeed. She asked when we could get together again and we chose on our next meeting.

I visited her house and met her mother, who had taken the news of her diagnosis very hard.

I told her that my mother had responded the same way.

I think Roni would be greatly helped by meeting with me over the coming months. 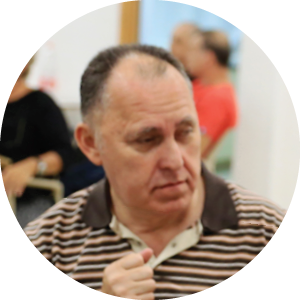 I’ve been studying Hebrew in the ulpan at the Center 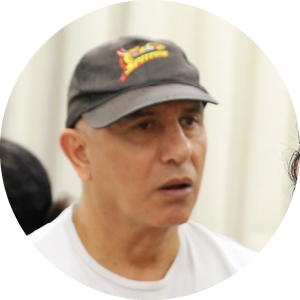 The first time I came to the Center for Deaf-Blind 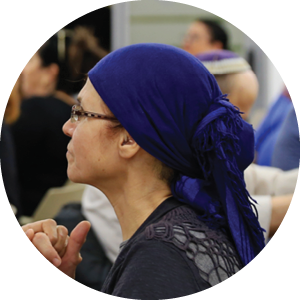 My first teacher was Yaakov Bibas, one of the staff