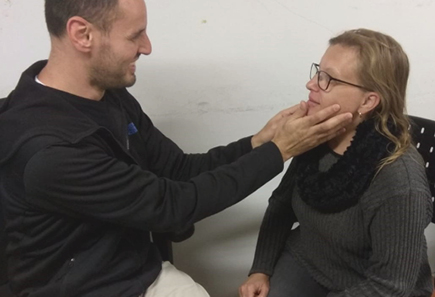 Tadoma, known also as tacticle lipreading, is a communication method for deaf-blind people where the deaf-blind person puts their hands on the speakers jaw, bottom lip or neck in order to feel the  vibrations. The three middle fingers are usually on the speaker’s cheeks while the little finger is used to pick up the vibrations in the speaker’s throat. In this way the deaf-blind person can feel both the movement of the lips as well as the vibrations in the vocal chords. It’s also useful to feel the puffing of the cheeks and warm air which is produced by nasal sounds when saying letters such as N and M. Tadoma is a difficult method to learn and is not commonly used. However some deaf-blind people can successfully use Tadoma to maintain speech skills they had before becoming deaf. 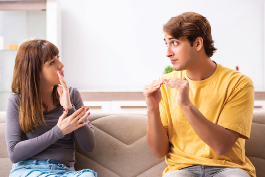 Sign language is a visual way of communicating where someone uses hand gestures and movements ...

Speaking clearly is one of the most effective ways to communicate with someone who has acquired hearing loss. 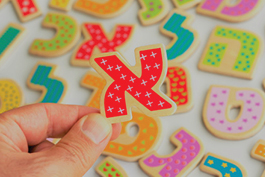 The letters are written on the hand of the deaf-blind person so s/he can “read”...

At the heart of the system is a thin cotton glove or a diagram of the hand  ... 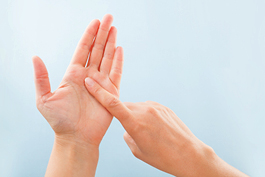 Tactile fingerspelling is a manual form of the alphabet in which words are spelled out ...